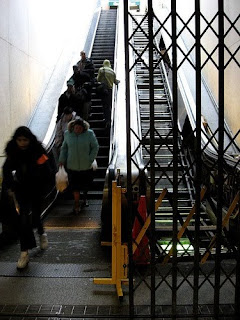 I am of the mind and theory that the best planning are the plans that accommodate children and our aging population. While not rocket science, if you plan to accommodate those people in our lives that are nearing 100 or are just turning 1, then you pretty much have covered the rest of the population. Think about it, if we plan for the most vulnerable populations to have easy access, then we have accommodated everyone for the most part.

This article from the AARP demonstrates this planning process in execution:

What did Niles do? She rode the streetcar to her appointment.

“It turned out I didn’t have leukemia. I had something else, and needed a completelydifferent treatment,” she says. “Because of the streetcar, I was able to proceed with the new treatment right away.”

Niles and her husband, Philip, never imagined such drama would come from living on the Portland streetcar line.

The experience was, however, an extreme example of the convenience they expected from it when they relocated from Minnesota to Oregon. They envisioned the line,opened in 2001 along the four miles between Nob Hill and Portland State University, taking them uptown to their doctors, downtown to shops and to favorite destinations closer to their home in the Pearl District, a former industrial area now bursting with art galleries and restaurants, lofts and new condos.

This is a perfect example of many of the attributes that public transportation, when done right, can afford to residents of that city. Portland seems to be way ahead of the game when it comes to this idea. My hope is the cities lacking the public transportation can build it for the future which will accommodate all residents. Our older public transit systems are not created equal and usually don't meet the needs of the very young or old (When is the last time the elevator worked at a subway stop in NYC). We need to be creating a seamless system that works for the least mobile in society, so that they have the freedom of transportation choice.
Posted by mides@hunter.cuny.edu at 5:00 AM