Stop texting and save lives 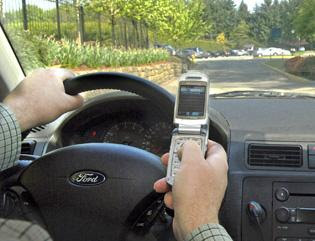 Did you all watch the Oprah show on Monday? If not, she is on a mission to get drivers to pay attention to the road and not the incoming text. In usual Oprah fashion, it was a grim show about lives that were lost because drivers were text messaging. Here is a quote from her website and you can join the campaign:

Millions of people text, talk or e-mail on their cell phones while driving—a recent survey finds that 71 percent of people between the ages of 18 and 49 admit they text or talk on the phone while they drive.If you think you can call, text and drive at the same time, you cannot. That message you can't wait to send could kill. Distracted driving is an epidemic that is sweeping through our country, claiming lives and destroying families.

In September 2008, a Los Angeles commuter train conductor missed a red light while sending and receiving more than 40 text messages. His packed train collided head-on with a freight train, injuring 135 people. The conductor and 24 others were killed, making it the second worst commuter train crash in U.S. history.Weeks later, a school bus carrying 21 students was rear-ended by an 18-wheel semitruck. The bus was pushed more than 200 feet before bursting into flames. Twenty students escaped, but 13-year-old Margay Schee was killed. The truck driver admitted he had been texting and hadn't seen that the bus was stopped.These accidents made national headlines, but so many others have been killed in communities just like yours.

Nearly 500,000 people are injured and 6,000 are killed each year because drivers are talking, texting and e-mailing behind the wheel. "It is my prayer that this show, this day will be a seminal day in your life," Oprah says. "Let it be the end, the end of you using a cell phone or sending a text message when you are behind the wheel of a moving vehicle. And until we as a nation decide we're going to change that, those numbers are only going to go up."

I wonder what would happen if Oprah had a show about giving up your car, riding your bike, or walking around your neighborhood.
Posted by mides@hunter.cuny.edu at 5:00 AM

It would be a great day when the 'Favorite things' episode focused mainly on alternative transportation and other green initiative products. Unfortunately I can't see a set full of folks freaking out about a new bike. I would.