The Decade of the City 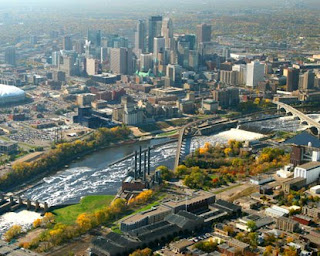 Are cities really on the rise? With Richard Florida making $35K a pop to talk to many of the hardest hit cities in America you wouldn't think so. I believe that with a renewed focus on quality of life, the housing bubble/foreclosures, and the bad economy, folks are going to re-evaluate the way they live their lives starting with where they live.

The proof is simple: Philadelphia. I have posted on this blog and numerous stories lately are talking about how Philly's population has gone up, YES, it has gone up. The city that has more nicknames than any other, seems to have reversed the trend that most struggling cities are trying to fight: population loss. Philly still has a lot of work ahead, but it is encouraging to see 20+ years of revitalization efforts have a impact on the city as a whole.

Now, I know that tough economic times are hurting cities like every other place. But I predict that the official 2010 Census will reveal a reversal of fortune for many cities in the US. I also predict that this trend will carry forward to the coming decades. Not only will cities gain population — but so will walkable towns and neighborhoods outside of cities. As more people choose to live in these places, other things will inevitably change — like the relative quality of schools and infrastructure compared to drivable suburbs. This last decade was the start of a new urban half-century.

I think of the city I live in now as a great example of a thriving place that only has many more good years ahead. Minneapolis seems to have the best of both the urban and suburban. Yes, we have decent schools, public transit, parks, night life, and even culture. Most people are surprised that you can find a good job and a nice house (with a yard and detached garage)that lets you still save some money for the future. I look at Minneapolis as a future model that we should continue to work on. As with all cities we have our share of problems as well, but I believe our future is bright and Mr. Florida might be writing his next book about us.
Posted by mides@hunter.cuny.edu at 5:00 AM