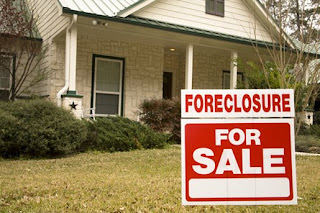 It is no surprise that greening foreclosed properties is going to be a major focus of our new president. Mr. Donovan has taken the first step to set up a process in NYC. I am glad to also report that a similar program is in the works in the Twin Cities as well. Here is the gist of it:

The Bloomberg administration is launching a pilot program to retrofit foreclosed one to four-family homes to green standards. The announcement was made Friday by Sean Donovan, US Secretary of Housing and Urban Development, at a conference sponsored by the city's Department of Housing Preservation and Development.

Initially, five homes will be retrofitted in a partnership between the city’s Department of Housing Preservation and Development--where Donovan was commissioner before being tapped by the Obama administration--Restored Homes Housing Development Fund Corp. and Enterprise Community Partners. An HPD spokesman did not respond by deadline to GlobeSt.com’s inquiries regarding the locations of the properties, the cost of the pilot program or the number of foreclosed homes that could eventually be retrofitted to green standards.

The green pilot program is an offshoot of the Real Estate Owned Program that HPD and Restored Homes created, and which itself a component of the Bloomberg administration’s $7.5-billion New Housing Marketplace Plan to create and preserve affordable housing for 500,000 New Yorkers. HPD’s REO program uses a $24-million HUD grant awarded in January, and will acquire, rehabilitate and sell bank-foreclosed one to four-family homes in New York City to qualified low and moderate-income families, according to a release.