The future of transit 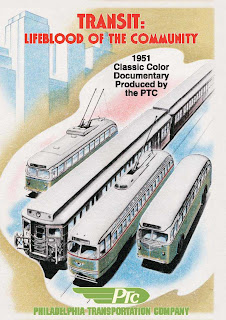 Transportation Advocates are gearing up for the fight of a generation. The federal transit legislation SAFETEA-LU will expire this year and this will be the chance to change the playing field to direct more funds directly to transit. Just two weeks ago I was one of many individuals taking part in a listening session to figure out what those changes should be.

This article in In These Times does a great job of explaining the past, what is happening now, and what we can expect in the future. Give it a read (long article) but it really breaks down what needs to happen to push through legislation that favors public transit, instead of the private automobile.

The United States is a nation of cars. For more than 60 years, federal zoning, housing and transportation policies—including President Eisenhower’s monumental 1956 Federal-Aid Highway Act—have diffused the population and established the automobile as the primary means of travel.

Prioritizing highway construction over mass transit was justifiable following WWII, when gas was cheap and abundant, climate change was not yet understood and cities were struggling to handle population growth. Today, it is a recipe for economic and environmental disaster.

Yet the federal government remains in a time warp, prioritizing highway funding even as Americans ditch their cars for seats on trains and buses. This year presents two enormous opportunities to alter the equation: First, the economic recovery package, which will include billions on transit infrastructure, and second, the reauthorization of the surface transportation bill, which could redistribute federal funds.

If bureaucratic inertia and a lack of political imagination don’t squash substantive restructured in 2009. But—especially to judge from the stimulus negotiations—that’s a big “if.”

Find out even more and how you can help at Transit 4 America.
Posted by mides@hunter.cuny.edu at 6:00 AM