Federal Government is the new ATM for Automakers 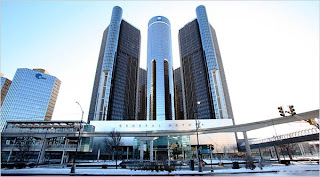 Just in case you didn't know, the auto industry is asking for more money. This time it is $14 billion. NY Times has this article:

The cash crisis will require fast action by the administration’s new cabinet-level Presidential Task Force on Autos, which is overseeing the reorganization of G.M. and Chrysler. The deteriorating finances of the two companies present the Obama administration with two options, neither of them appealing.

It can provide the money in the hopes that the companies will stabilize, and no longer have to keep pushing workers into a growing pool of people without jobs. But there are no guarantees, as the Treasury Department learned on Tuesday when the automakers filed updates on their restructuring plans, that they might not be forced to come back again with requests for more money.

But if the federal government balks at the automakers’ requests, that would mean the two companies probably would have no choice but to file for bankruptcy protection, because they are losing hundreds of millions of dollars each month.

And the car companies said on Tuesday that the cost of a bankruptcy reorganization, with the government providing financing to help it through that process, would be far greater than their latest loan requests. Without such help, the companies would have to liquidate, creating staggering new job losses.

This has to be the best ultimatum in quite sometime. Bail us out now, or the process of our bankruptcy will cost you even more. While I do not advocate the loss of good paying auto industry jobs, I do feel it is time to start holding these companies accountable for their own actions. President Obama might need to watch a few industries die so that new, and more sustainable ones, can replace them.