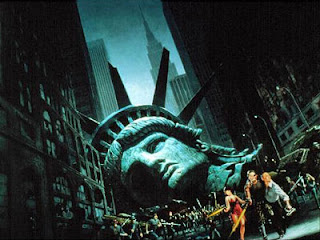 Here is a good article covering the recent report from the Center for an Urban Future that argues that NYC's middle class is leaving in droves:

The rising cost of living in the five boroughs, combined with a city economy that has been unable to create enough well-paying jobs, has led tens of thousands of middle class New Yorkers to leave the city in recent years and kept others stuck among the ranks of the working poor, a new report shows.

The city, which for much of its history thrived as a place where people from poorer backgrounds could climb into the middle class, is in danger of losing that piece of its identity, the report says.

“New York has long been a city that has groomed a middle class, but that’s a more arduous job today,” said Jonathan Bowles, director of the Center for an Urban Future, a Manhattan-based think tank dedicated to independent research on cities, and one of the report’s authors. “There’s a tremendous amount of positives about the city, yet so many middle class families seem to be stretched to their limits.”

More residents moved out of the five boroughs in each of the years between 2002 and 2006 than in 1993, when the city was far less inviting, the report says. In 2006, 151,441 residents left the city, a 7% increase over 2002. The overall population increased as a result of natural births and immigration.

“The extraordinarily high levels of those relocating through much of the decade — even as crime rates remained at record lows and the city economy was booming — suggests that growing numbers of New Yorkers simply couldn’t prosper here,” the report argues.

The number of New Yorkers with bachelor’s degrees who left the city rose to 29,370 in 2006, up 127% from a year earlier. But they weren’t the only ones leaving. Families with children concerned about the quality of schools and small business owners seeking lower costs and new markets have also left. The number of New Yorkers moving to such places as Pennsylvania, North Carolina and Georgia, for instance, doubled and even tripled during the period studied.

Joe Salvo, director of the New York City Department of Planning’s population division, questioned the report’s findings. He said the study looked at too narrow a time period and examined people leaving the city without looking at those coming in.
“What they’re doing in the report is looking at domestic outflow by itself,” he said. “You can’t do that.”

He said people have moved away from the city throughout history, but that immigrants have always come to replace them.

“We have a dynamic operating here,” he said. “People who come and people who leave, they come from everywhere and they go everywhere.”

He said if outmigration were a problem, it would be visible in the boroughs outside Manhattan.

“If you go to the Bronx, if you go to Brooklyn, neighborhoods of modest means, you will see that these neighborhoods are growing,” he said. “If we had substantial rates of outmigration, you would see it in neighborhoods from Marine Park in Brooklyn to Morris Park in the Bronx.”

The sky-high cost of living in the city is the lead driving force behind the squeeze on the middle class, the report argues. City residents pay among the highest prices in the nation for electricity, telephone service, auto insurance, home heating oil, parking and milk—and those prices continue to rise. Combined state and local taxes are tops among major cities, and housing is the most expensive. In the third quarter of 2008, only 10.6% of all housing in New York City was deemed affordable to people earning the median area income. And average rents in the fourth quarter were $2,801, or 53% higher than in San Francisco, the city with the second-highest figure, the report shows.
Manhattan is by far the most expensive urban area in the United States, according to the report, but the escalating cost of living isn’t the only factor hurting the middle class in New York, the report says. The city’s job mix has shifted away from positions that provide middle-income wages and benefits. The city has lost a far greater share of blue collar jobs than Los Angeles, Chicago, Houston and other major cities. More than 150,000 goods-producing jobs have been lost since 1990, including 66,500 in the past decade.

While manufacturing accounts for about 3% of private sector jobs in the city, it employs a much larger share in other cities such as Los Angeles, Chicago and Charlotte. The city also fares poorly in other blue collar sectors like wholesale trade, while much of its job growth has come in traditionally low-paying areas like health care and social assistance. Those two industries together accounted for 17.4% of all private sector jobs in 2007, up 12.7% from 1990.

The result, the report argues, is that large numbers of people are working, but they’re not earning enough to live comfortably. Citywide, 31.1% of workers over the age of 18 are employed in low-wage jobs, the report says. Between 1975 and 2007, average weekly wages, when adjusted for inflation, barely increased in the boroughs outside Manhattan. Wages in Manhattan increased exponentially because of the boom in Wall Street salaries, but job growth in high-end sectors has not been strong enough to make up for the losses of middle-income jobs.

And things are not looking any brighter. The jobs expected to grow the most during the decade ahead typically pay low wages, including retail, home health aides, child care workers and janitors, the report says.

“The city, probably going back to Mayor [John] Lindsay really hasn’t focused on the middle class,” said Joel Kotkin, an urban historian and the report’s coauthor. “It’s becoming increasingly addicted to a ‘Masters of the Universe’ economy, which has now completely fallen apart.”

The report defines a middle class New Yorker loosely as someone who has enough money to pay the bills, have health insurance, own a computer with Internet connection, live in a safe neighborhood and take a vacation once a year.
Action is needed to make that lifestyle a possibility for future generations of New Yorkers, the report says. The authors urge the city to focus more attention on diversifying its economy. That was also a major theme of Crain’s Future of New York City conference, held earlier this week.

The report said such diversification could be achieved through a focus on the city’s
ports, educational services, niche manufacturing and so-called “green-collar” industries and by nurturing entrepreneurs and freelancers.

“A New York inhospitable to middle class aspirations,” the report concludes, “will lose population, character and ultimately even its economic pre-eminence.”

You can get the full report here.
Posted by mides@hunter.cuny.edu at 6:00 AM

Good thing you got out when you did! I think we may be at the dawn of a new era in more ways than one, and as the economy reconfigures itself, I expect that cityscapes and demographics will be redefined, for better and for worse.