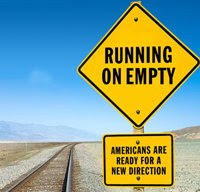 If you had your ear to the ground you most likely know about a new campaign Transportation for America. As a resident of NYC and an urban planner it is great to see this coalition tackle the real issue that has somehow been avoided by both of our mainstream presidential candidates. Here is a bit about the new campaign to change the way we currently live:

The cost of just running day to day errands or getting to work, let alone taking that family vacation, just keeps getting worse. We pay for it every day in dollars at the pump and hours lost sitting on congested, crumbling roads. We need a bold agenda to fix our roads and bridges; build high speed trains; invest in public transit, streets safe for biking and walking, and green innovation.

There is a desperate lack of real alternatives for American families because our transportation system is half a century behind—but it doesn’t have to be that way.

And here is their vision:

A WORLD-CLASS RAIL SYSTEM
Build a world-class rail network — both between cities and within them — that links our communities, transports people and goods more smoothly and makes our economy more competitive.

FIXING IT FIRST
Protect the integrity of our existing highway and public transportation systems with an aggressive program of rehabilitation and upkeep, and financial support for superior service.

FISCAL RESPONSIBILITY
Set and enforce national transportation standards, but empower local communities to decide what is necessary to meet those goals as well as the needs of its neighborhoods and residents.

Get involved here. I will also keep you updated via the blog. Now go for a walk or ride your bike.
Posted by mides@hunter.cuny.edu at 6:00 AM