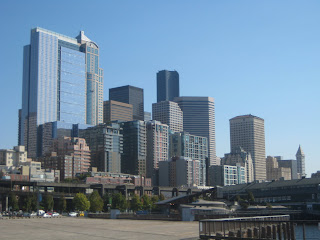 I liked Seattle for what is could be, not so much for what it is. On our trip we spent the most time in Seattle and its Environs. Our friends have moved to Seattle over a year ago from NYC so we were eager to see how life has changed living on the other coast. I hate to say, not all that much.

While Seattle has what you'd expect from any NW city, it was lacking in many ways. The bike infrastructure was almost non-existent. The downtown area and bordering neighborhoods had lanes, but the city clearly lacked a bike network. (Think of NYC with the outer 4 boroughs having zero bike lanes and parking.) Seattle is very hilly and not the most walkable place because of this. At one point we tried to use the elevator to get from the waterfront to Pikes Market. Well the elevator didn't work and the couple with a stroller had to carry it up three flights of stairs. 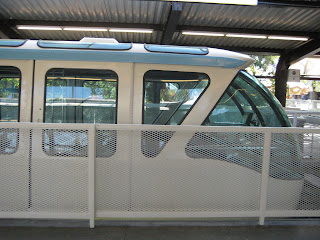 Mono-rail and street car aside (new light is being built), Seattle public transit is okay, but from where our friends lived it took an hour plus by bus and about 15 minutes by car to get downtown. Our friends complained that the commuter rail (the Sounder) does not run often and there is no stop by them. Although they chose this location, their concerns are still valid for a city like Seattle. 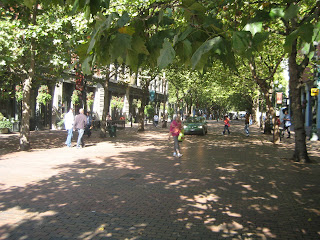 The biggest disappointment had to be the lack of inviting public spaces. When we went to Pioneer Square a car was in the middle and the rest of the square was filled with homeless people. Now I don't suggest Seattle go Giulaini on them, but a clear effort needs to be made to have these be public vibrant spaces. And where are all the benches? 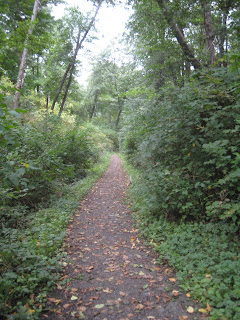 Seattle did have some great parks and neighborhoods that I enjoyed spending time in. Like Portland, it is great to hit a trail within the city limits. Also, having spent some time in different neighborhoods they did have a nice fabric that one would expect. I really enjoyed Greenwood Lake and the Locks, as well as the Capital Hill area. In a city the size of Seattle, public transit improvements need to really be a major priority.
Posted by mides@hunter.cuny.edu at 6:00 AM