No High Speed Rail for MN 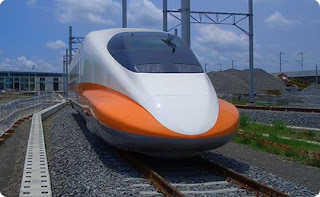 Well Minnesota got a small chunk of the federal dollars to move forward with high speed rail planning from the Twin Cities to Chicago, I find it hard, that this planned line will still be a 5-6 hour trip.
That means you could fly or drive faster. While I think this line would be great, I do fear that moving at the pace of Amtrak trains will not make it a real viable option for travel between the two regions. Some how before we have even built the lines the high speed factor has been removed. Yes, it will travel at 100 MPH at times, but it seems obvious that will not be the norm because of the travel time involved. It is about 400 miles between the two regions and some simple math equations tell you that these trains will be running at less than 100 MPH for a large portion of the trip.
The Strib has this article explaining the recent news:

Minnesota got a little money to help it make up its mind. To be fair, Minnesota doesn't get to decide on its own which route trains will take from the Twin Cities to Madison on their way to Chicago. But the $600,000 grant, part of more than $8 billion in high-speed rail funds given out as national stimulus spending, should help the region pick a route by the end of summer, said Daniel Krom, director of passenger rail for the Minnesota Department of Transportation.

Midwest governors, including Gov. Tim Pawlenty, have lobbied hard for funding for the Twin Cities-Chicago line, which Krom said will take travelers between the two metro areas in 5 to 5 1/2 hours.

I really hope that a line that can get to speeds of 200 MPH is looked at to make this a shorter trip, cause otherwise I am not sure this will ever see the light of day.
Posted by mides@hunter.cuny.edu at 5:00 AM