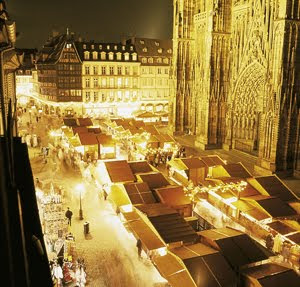 Ben Adler over at Next American City has this great post about Strasbourg, France. In about twenty years they went from a car dependent system to a mass transit city serving a city with a population of 700,000, the size of many American cities.

Most important, the system has been built and expanded with an understanding of the commuter’s psychology. Once people are in their cars, they would prefer to drive all the way to their destination rather than switch modes. So the city has created powerful incentives for suburbanites to switch from their car to the tram: Parking is provided at suburban tram stations, free with a tram ticket that covers everyone in the car (also incentivizing car-pooling). Conversely, parking is prohibitively expensive at the lots downtown. As a compromise with the business community, parking garages were constructed in the center city, but they are elegantly tucked away below ground, and are not even full.

In keeping with this approach, the city intends to improve integration between the suburban commuter trains, which enter the main station just a few tram stops from the heart of town, and the local tram system. One might expect that to be enough to get people out of their cars. But, Naas explains, if you live, say, a 30-minute drive from central Strasbourg, and you must drive to the train station and park, wait for a train, walk through the train station to the tram stop, wait for the tram and then walk from the tram to your final destination, it may take an extra 10 minutes door to door. So to improve ridership on the commuter trains they are building “train-tram,” a suburban commuter train that can move seamlessly onto the tram tracks once in the city. No transferring for suburbanites will mean less hassle, less time and, hopefully, more riders.

What I really like about this article is it demonstrates that with the political will things can change. I also like that Strasbourg was, and still is, open to different types of transportation to complete it's network. In America we get stuck on a the magic bullet (high speed rail these days) but forget to look at the bigger picture of how auto use, buses, light rail, commuter rail, walking, and biking all need to be planned for in one network. In the Twin Cities, we still tend to plan for these things separately not making the logical connection for the user. Hopefully Strasbourg can be a model for some of us to look at to make the needed changes moving forward.
Posted by mides@hunter.cuny.edu at 5:00 AM

Strasbourg has a much more amenable physical distribution. Distances between the center of town and the city limits and the furthest housing areas are surely much smaller than the average American city.

Still, yes, it can only do good to spread knowledge of such examples around.

too bad we can't leave comments. inquiring minds would like to know what a 'marginal area' is...