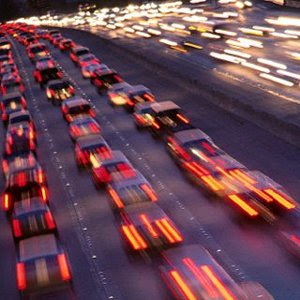 Is the new package to support "shovel ready" projects the best way to move forward for our country? While we clearly need a serious boost of adrealine to the economy, does projects for projects sake really make sense? Or rather, should we take a step back and take a look at projects more comprehensively and look at the long term effects of those projects. James S. Russell over at Bloomberg news thinks we can do a lot better:

What’s wrong with America’s way of building transportation has long been known. We segregate roads, mass transit, railways and air. Each has its own pot of money. It’s no one’s job to assemble a transportation system that offers the right travel mode for the task at hand.

Aside from the odious earmarks, most transportation funding decisions are made by Metropolitan Planning Organizations. Never heard of MPOs? They’re supposed to set priorities based on real needs, though instead they operate in obscurity and allow the political horse-trading to go on unimpeded by real oversight.

So much is made of the nation’s neglect of infrastructure, yet the U.S. actually is spending record sums on it.

We don’t make progress because the nation fails to lay out new communities so they can be efficiently served by means other than the auto. A start would be to group people-intensive colleges and commercial centers as hubs along corridors served by transit and walkable streets.