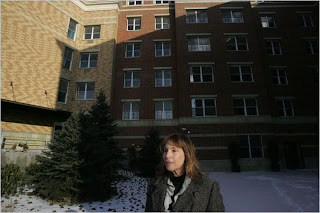 It should be no surprise that the lowest hanging fruit is always the first to go. With the economy slipping further towards a depression everyday, foundations, charities and non-profits find themselves with little cash. To make matters worse the financial crisis is now killing their one life line: credit. This NY Times article discusses how the banks are no longer giving lines of credit, and in some instances are freezing funds that are backed by government funds and contracts.

SCO Family of Services, a nonprofit agency based on Long Island, started the year with a $25 million credit line at its bank, which it planned to use to pay its bills while awaiting government reimbursements and donations.

Nancy Biberman, president of Whedco, a housing group in the Bronx, wants Congress to create a $15 billion bridge loan program for nonprofits that cannot tap banks for short-term loans.

Now, after its bank has cut its credit line twice and withdrawn a promise to support a critical bond offering, the organization is worried about whether it can pay its employees this month.

“I spend a good part of my day every day just trying to manage cash flow,” said Johanna Richman, chief financial officer at SCO, which provides services to children with developmental disabilities.

SCO is one of hundreds of charities caught in the credit crunch as skittish banks reduce their lines of credit or cut them off entirely at a time when the need for their services is climbing sharply, nonprofit leaders say.

“While nonprofits are working feverishly to accommodate increased demand, they are facing severe financial constraints that are threatening their ability to go on, much less expand their services,” said Diana Aviv, president and chief executive of Independent Sector, a nonprofit trade association.

So the non-profit world is stuck between a rock and a hard place. They need cash to keep running while they wait for their funding (private or public) but if they can't secure the money, they won't be around in a few months to execute the grant/contract funds.

To put this in perspective lets say you are low on cash but know your check is coming in two weeks. All of sudden the credit card company says you can't use your credit to get by for two weeks. What would you do?

This is the situation the non-profit world is facing. The very funds they use to secure the lines of credit are now not being accepted by the banks. We have a serious crisis when the Federal government is injecting billions into the financial industry, only for that industry to turn around and not accept government funding as a security to back credit. Maybe the government should worry a bit more about the non-profit sector that provides many of the social services that get families by every day and keep communities vibrant. In Minnesota 257,000 employees were employed in the non-profit sector in 2005. Yes, that is roughly the population of St. Paul.

The solution: the federal government should bypass the banks and establish a reserve fund that can be used to back credit directly to the non-profits that need it most. Obviously not every organization is going to make it through the next year or two, but with out credit, organizations that have been around for years might not be around either, which would make 2010-2011 a pretty frightful future.
Posted by mides@hunter.cuny.edu at 6:00 AM