More lists about the best and worst (NYC #1) 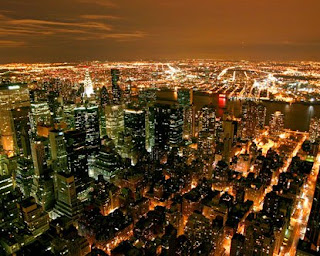 I love it when the best and worst lists have the same cities on them. What does this really mean? Look who is #1.

Best Cities to Work and Live:

New York, one of the world's great cities, is home to Wall Street, the Broadway theatre district, and many of the best bars, art movie houses, and restaurants in the world. The city's largest employers include New York-Presbyterian Healthcare System, and financial companies such as Citigroup and J.P. Morgan Chase. Top attributes include entertainment options, professional/personal opportunities, and ease of transportation. Entertainment was cited by 51% of respondents.

Worst Cities to Work and Live

Americans have a love/hate relationship with New York. It does have loads of high-paying jobs, Central Park (one of the largest urban parks in the nation), a great public transportation system, and one of the best restaurant, bar, music, and art scenes in the world. But people sacrifice to live here, paying sky-high rents for tinyapartments, and enduring long, crowded subway commutes. And by the way, the city's top restaurants sometimes require customers to make reservations months ahead of time. The high cost of living is an unattractive attribute of New York, according to 72% of respondents. Health and safety was also listed as a negative attribute by 45% of respondents.

Are we just undecided as a society or does this mean we really have no clue as to what makes a great city? New York City, Los Angele, Chicago, Les Vegas, and DC all make the best and worst list. This confirms that the nations (and this blogger) have a love/hate relationship with the big apple.
Posted by mides@hunter.cuny.edu at 1:31 PM